I for one am a little bit peeved at the fact that with the new release of OSX, Apple decided to automatically open Photos anytime you attach a device with some sort of inbuilt storage. Case and point, lately a lot of my day to day tasks involve updating iOS & Apps on a large number of iPads via Apple configurator which connect to a mac via USB. There can be upwards of 30/40 devices connected at one time. Initially i was going through the process of unchecking each tick box next to each iPad in the Photos.app which is not only mind numbing, its quite time consuming. 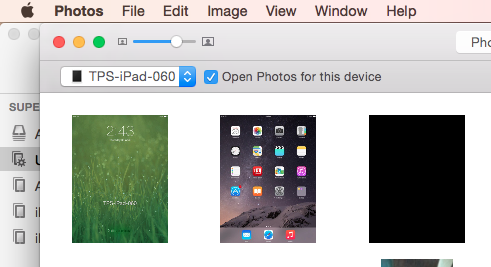 I went on a hunt to find a way of disabling this, initially I didn't find much however i managed to come across this fix. Which requires using terminal to execute a command to disable the hotplug setting when attaching external memory cards/storage.

To do this Finder > Applications > Utilities > Terminal.app

Once in terminal, execute the following command, and hit Enter

Once complete, it should take effect immediately without OSX requiring to be shutdown/rebooted. 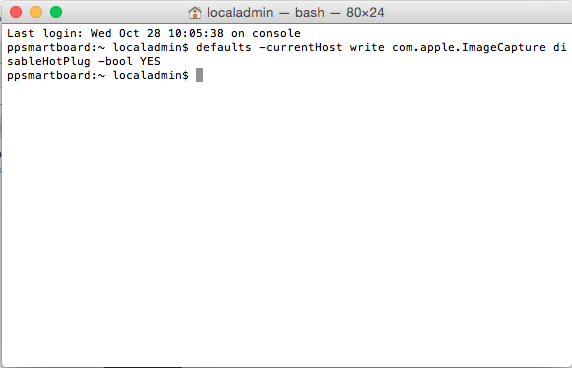 So Apple has released the new version of Apple Configurator which is aptly called Apple Configurator 2. Initial thoughts seem to indicate that they have finally listened to the people. Its a little bit confusing to begin with if your coming from an Apple configurator 1 environment however it didnt take me long before i managed to get the hang of the newly introduced 'Blueprints' and managed to supervise the handful of new iPads i had to deploy.

One thing i did notice that i think is worth mentioning is the following. If you are migrating from an existing environment, then you might dodge a bullet here. In this case i was setting the iPads and macbook up from scratch and didnt have an existing configurator to migrate from (When using apple configurator 1 and migrating to 2 it will transfer all your supervised devices,apps & profiles to the new version), when it came to the configuration of the wireless settings for the devices i ran into a hurdle.

Most of the environments i work with we run WPA2 - Enterprise which will require a username, password & certificate to authenticate against the radius server. When it comes to entering the password it doesnt seem to allow you to enter it, it simply has the ! sign. 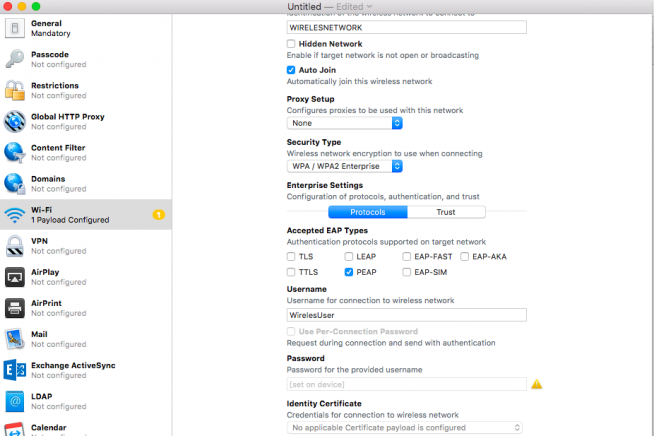 I managed to get around this by, closing and saving the profile. Then heading back in and editing the profile. I have no idea why this is currently doing this but it should get you back and running :)